Seoul: Jet Lag Makes a Doll of a Housewife 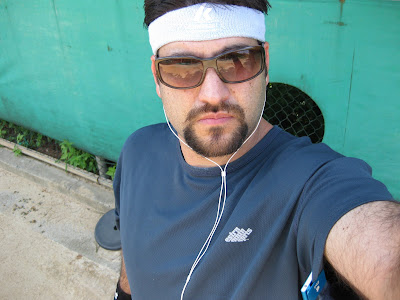 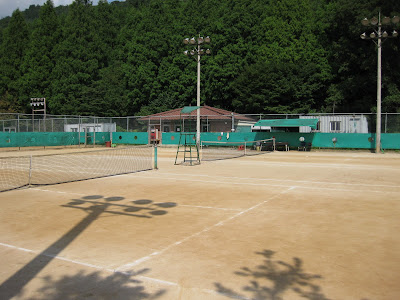 I am back in South Korea. The tennis courts are nice. I've been having fun practicing my serve. Aside from that, So Gee says she likes me. We went to Costco. That's where she told me.
"I like you," she said.
I picked up my bulgogi bake - a Korean version of a calzone. The guy had wrapped it in aluminum foil. He put it in my hands. Then So Gee whispered it to me. I looked at the guy while she whispered. I pretended like she was telling me something naughty and sexual. The vendor - paying slight attention because I had one eyebrow raised - inched a bit closer to the pizzas that lined the counter in front of him. I watched his apron to see if it would touch the food. I wanted to point at him and say the food was contaminated. I didn't though. I just smiled at So Gee. It was nice to be told I was liked. It made me forget about being important. I also liked her voice. It was soft and cute and not purposely so. I dislike people who are intentionally cute. The other day I saw this girl at a bus stop with the perfect body shape and outfit: slender, tall, lips pouted, pink pumps; nice A-line skirt (also pink), chartreuse blouse; heaps of make-up; and laser-rectified eyes. I leaned out the window. "Look," I said. "It's a doll!" She couldn't understand me. So Gee did. She laughed and then got solemn. "That wasn't a nice thing to say," she said. "You're right," I said.  "I did it though. What can I do now? I observe my idiocy and grow comfortable with it."
It's 5:16 a.m.. Now I am going to make an omelet. If I could see into the future, I would see myself hand So Gee a "cooked" omelet. She would squint her eyes as she looked at a plate with blue vines drawn on its edges. She would trace the vine around the plate like a hallucination coming into clarity. The omelet would be the last thing she notices. She would see it as a dart might hit a bull's eye. Then it would come out in a rush of words slurred and barely audible: "You are the best housewife." I would consider this with a slight hurt to my masculinity. Then I would smile because I know that this is not true. I am not as good as a housewife. I am a doll. I am made of plastic. If you lie me down, I will close my eyes.
Posted by Pirooz M. Kalayeh at 1:04:00 PM

Email ThisBlogThis!Share to TwitterShare to FacebookShare to Pinterest
Labels: Korea