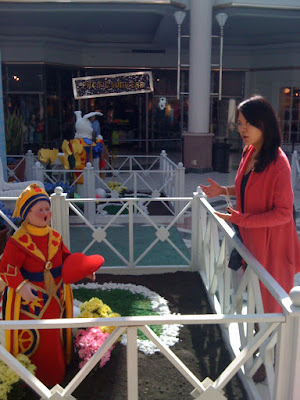 Well, things are moving right along. I am still in Pittsford with Sogee. Today is her birthday, and aside from missing her folks and friends yesterday, we have been having a blast. Typically, we both wake up and have yogurt parfaits; I go to work; and then she scours the Internet for the latest Facebook news or Etsy creation. It's a good life. By the afternoon, I am done my work, and we workout, or walk the mall like senior citizens. 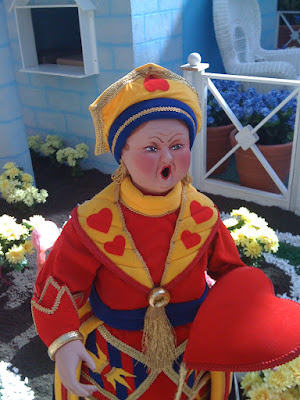 As of this moment, I am on a conference call with Thomas and lawyers for the film. We're trying to set contracts for investors. There are so many things to consider with unions, rules, and monies to be paid if the film goes to distribution. It's all pretty interesting. I can't say I would like to be a lawyer, but you do have to learn a lot of the process to be clear with actors, investors, and crew.

Aside from contracts, I am now contacting members of the Youngstown community for auditions in April. Thomas and I are supposed to scout locations, meet with Noah, and try to find some local talent. Hopefully, we find some more great actors. We have seen so many wonderkidz in New York. If Youngstown is as postive as our New York auditions, then we'll be that much closer. 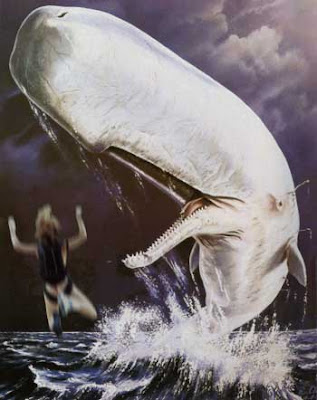 As fas as doing some more auditions in Los Angeles, that might happen as well. Right now we've gotten many people from L.A. who are interested in the project. Some have been fairly big stars. That was definitely great to hear and a positive boost for our efforts. At the same time, being a low budget film, we aren't in a position to cast some multi-million dollar actor, so I don't know if we can cast those major players. Who knows? Maybe, we will have one major star. I can't say anything for sure yet. Anything is possible. 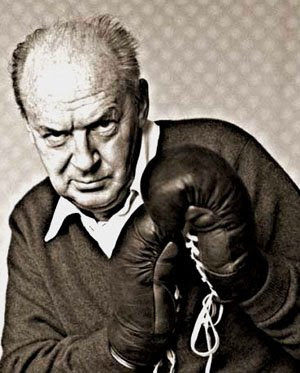 In the world of writing and reading, I am now going through Moby Dick. I plan to read it this week. So far it's hard to understand. I can't seem to get the voice right in my head--the rhythms are off for me. That's why I hate reading things that are dated; I lose my place trying to figure out the voice, and have to start over. Anyway, I am hoping to read the Dick and six or seven other books by May. The plan is that this will help me get in a good position to take the GRE in Literature exam, or, at the very least, be able to see if I want to take it. Is there some specific area I would want to study if I did a PhD? Right now, my only interest is Nabokov. He is a very exciting writer for me. I also like Nathaniel Hawthorne. Who knows? Maybe they will be the authors I decide to study for a couple years. No idea. Maybe I will just make movies and television. I have no idea. I wouldn't mind writing a novel this year though.

The best television series I have ever seen.
Posted by Pirooz M. Kalayeh at 12:23:00 AM 5 comments: 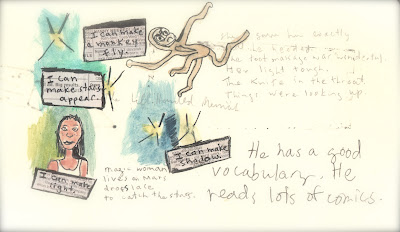 Keeping love from others is not a secret I could ever make.
Posted by Pirooz M. Kalayeh at 6:20:00 PM No comments:

Sogee and the Rubber Crisis 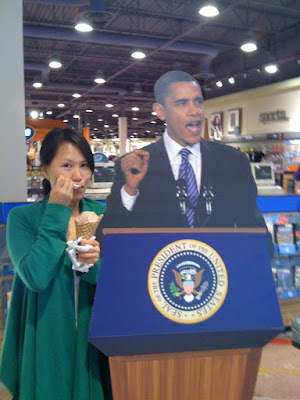 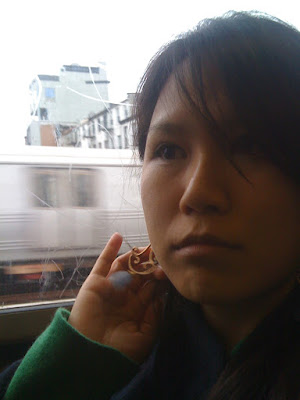 New York was a blast. We stayed with Thomas and Dayana in Brooklyn. Their apartment was close to Prospect Park, so we got to take the F train into the city and catch a bit of above ground sunshine before things went dark. 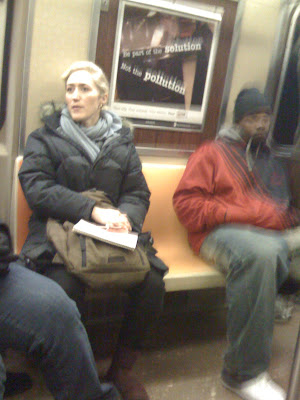 The subway felt much safer than in Los Angeles. There were families aboard at all times of night, and I didn't ever feel threatened or unsafe. That was a surprise compared to earlier visits. New York definitely seems like it is getting safer and safer. 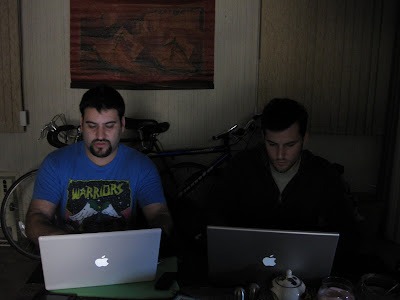 I spent most of my trip working with Thomas on the film. I thought we were going to be raising money, but we spent a majority of our time on the website and casting. That was fine by me. I like working with actors. 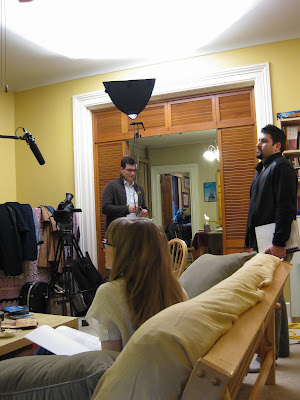 We got to meet several potential players for the film. They were all very professional, kind, and passionate about the material. That was probably the best part of the trip. They were all excited about the script, and that was an extra boost for both Thomas and I, since we had no idea what the film would sound like read aloud. 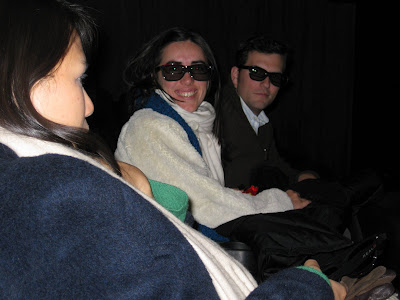 So Gee spent most of her days scouring Soho's jewelry shops for her world domination of the jewelry design business. Occasionally, we got to meet in the evenings to catch a movie or have a bite to eat. In the picture (above), we all decided to see Coraline in 3-D. So Gee was totally into it. I fell asleep, which is not necessarily a reflection of the film, but how hard I've been working lately. 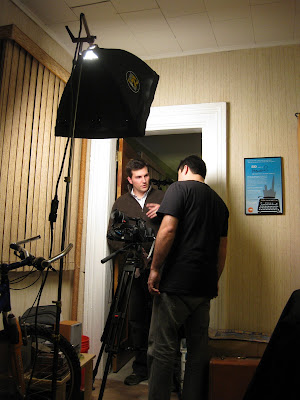 Thomas worked hard as well. He managed to get everything filmed and put together a little piece for potential investors. He has an incredible reservoir of energy. I think it might be all the martial arts training. That's why I'm working out daily now. Hopefully, that non-stop energizer bunny will be me one day. 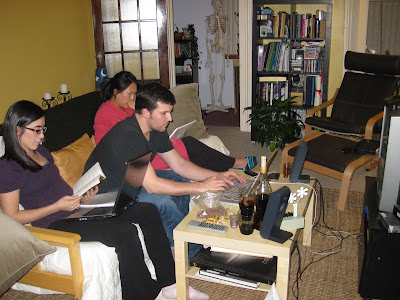 When things slowed down in New York, they still seemed fast. I couldn't help but notice that everyone was working when they were relaxing, as you can see from this triple threat of laptops and simultaneous oscar watching. In fact, Thomas and Dayana probably create a lot of time for themselves by not having cable or watching television. We had to all chip in to get the antennas hooked up to the television to watch the end of the Oscars. 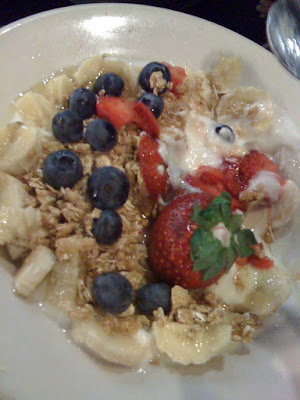 My favorite meal in New York was at Silver Spurs in Union Square. They had this yogurt parfait job with honey. It was way too good. 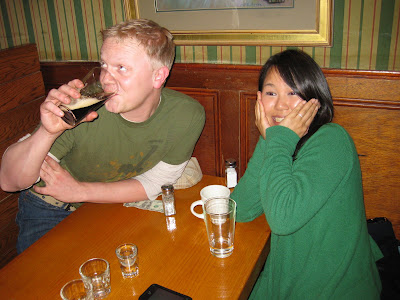 So was Franky boy's visit from West Chester. I didn't expect him to make it up, but he did. We got to practice a little jam session, drink some Guiness, and discuss Downtown Harvest and his role in helping us with the music for the film. 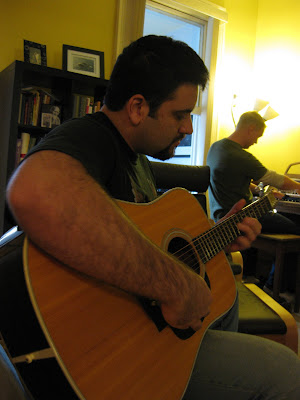 Once I started playing with Frank, it was like no time had passed between us at all. I look forward to how he will help us on the film, and the potential Slipshod record that might come soon after. 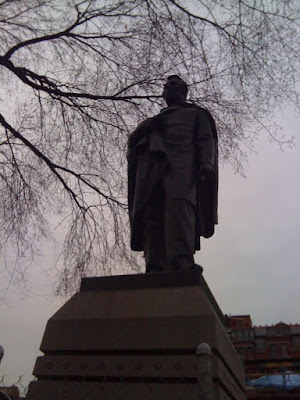 By the end of the week, I was feeling great about the potential of the film. I can tell things are going in the right direction. We only have to come up with some creative ways to raise funds. Who knows? Maybe, we will. Maybe, we'll have to hire someone who is better at it than us. I have no idea. Either way, I look forward to seeing what happens.
Posted by Pirooz M. Kalayeh at 4:00:00 PM No comments: