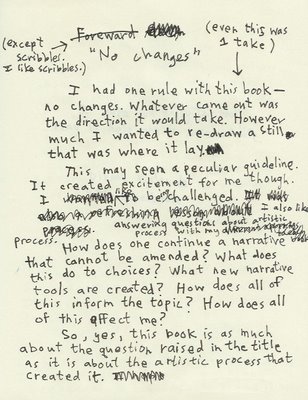 Last night I had a panic attack. The executive's son at my company bought a copy of the Ass book. I didn't feel good about it. He's 14 or so. I thought he was too young.

The kid was thrilled. Not me though. I was pretty sure this was the end for me. One look at a book about Ass, and that might be my last day in television. 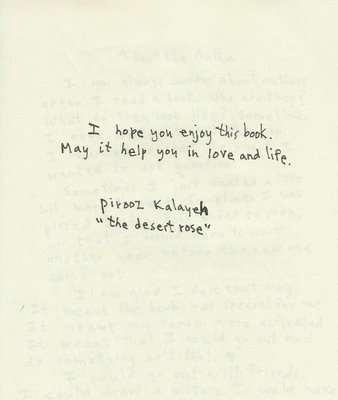 Then comes one that supercedes all others. The Ass book isn't good enough. It needs work.

This might very well be true. It's a flawed book, but that was what it was all about. No changes. Who knows?

I think I'm feeling wretchedly strange because all I have read this last week is Charles Bukowski, and now I've watched 3 DVD's about him and, and it's all getting to be a bit much, and I keep asking, "What the fuck am I doing?"

It's a great moment of panic. Am I now the Ass guy? Will it be harder to get a date? Will I have to be a switch hitter?

I felt better this morning though. The book finally showed up on Borders and Amazon. (It's about time!) I will be dealing with the ftp to get Golden Ashtray images onto the database. Hopefully, it works this time.

"Anything else?" you ask.

I'm writing a book. What else?

They bring it over pretty quick. I'm surprised. That was my first sideways talking. Usually, I just talk with my lips parallel. Not this time though. Now it was all sideways.

"Enything else, Boss?" one of them asks.

The Wrench runs off. I sit there with my sideways talk. I count the money on the table. This being a gangster is easy. I just had to kill people and take their money, or scare them really bad. That was easy. And now I had Jimmy, the Wrench, getting me some Potassium. This wasn't a bad life.

"Want a knuckle sandwich?" I asked.

For those of you who want to be on the credits for Clerks II, simply add the film as your friend on myspace. The first 10,000 friends will be added to the film.

Here is the link.

If you acted too late, there's always a bonus. You can check the credits for Why Do Men Do Stupid Things for Ass?

Have a nice weekend, P.

Email ThisBlogThis!Share to TwitterShare to FacebookShare to Pinterest
Labels: Comics

I Would Give Him a Comic Book If I Could

I don't think it's that bad. It looks kind of nice actually.

"Just read the first sentence," I hear a man say. "Read it, and if you like it, then we can add it to the list."

I am now alone. It is yesterday. Thunder keeps sounding. There is no rain. It is still Los Angeles. The sky is almost yellow. It is only a matter of time.

"You have to read a full page in the middle," the father continues. "That way you get a real sense of the author's style."

"Are you reading the full page?"

"What do you think?"

"Well, we'll check some more books on the internet when we get home."

The father reaches for the pile on the table. He picks one towards the middle. He hands the book to his son.

"This is John Gardner," he smiles. "He wrote Grendel."

Why Do Men Do Stupid Things for Ass? now has its own myspace page. Be its friend.

The Bob Saget Video - It's good for the first 20 seconds. Then it just gets a bit awkward. At least in the office when other human beings walk by.

Superman Ring Tones - I downloaded ringtones this morning. Now I have the Superman "Love" theme pumping out of the cell. It might do wonders for me in grocery stores. At least that's what Lady M told me.

I tried it at the pizza shop. No one knew what it was.

That's why I'm creating my own custom ringtones from here on out.

I will make some ringtones for the new record (Orange Lamborghini) and post links to them and a couple songs to build Slipshod hype. I don't think that will be hard. Songs are so good it's ridiculous.
Here is a tentative list:

So I am going to hit the premiere of Bystander tonight. It will be fascinating to see myself on the big screen. At least the director keeps saying this to me.

"You're coming to the premiere, right?"

"You have to," he hammers. "You'll get to see yourself on the big screen."

Well, I'll keep an open mind. I think it'll be fun to go to Formosa Cafe afterwards. I like to have fun with people. I am sure there will be all sorts. I like all sorts.

In other news, the album is moving along fast. Masters are done of Orange Lambhorghini. We've got an animator rocking some segments for the video. And I will be talking to Justin Peach who has signed on to direct the project.

"I just want the animated car in the beginning," I say. "Then I want a little ball to bounce along with the lyrics."

I wonder what he'll come up with. Who knows? I do know that I am excited to put out a DVD with this record. It makes it extra yummy.

As far as the comic book, that will be in finalization stage this weekend.

I still don't know where it's going, and I have no idea what I think of it. It's like a wave. I can't really judge. Especially with the process. This time I have gone with 'anything goes.' No corrections. Just go.

It's been fascinating to work like this. It feels like music. It also makes it unexpected. Anything else? 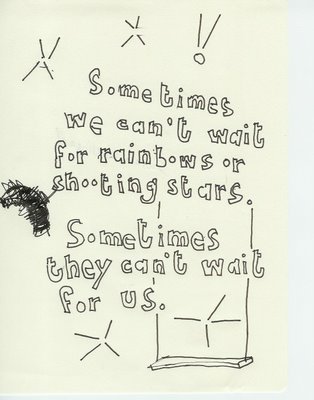 fighting back
all alone

monkey made finger paint
holy heather no it ain’t

back to school
raising cash
fighting everyone the past

mosque there in Middleton
no one thought he’d ever win
bundled up in little space
tiny house, mental space
warehouse hysteria
welcome to suburbia
white fence tulip bed
Abraham overhead
Letters written lo his thigh,
‘here I is, here I lie’
up and down crazy coast
love the most
east coast west coast

Email ThisBlogThis!Share to TwitterShare to FacebookShare to Pinterest
Labels: poems 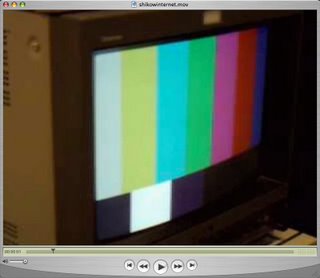 Well, the car broke down again today. It might be the end of the Honda. I don't really want to say goodbye, but I might have to. 3 breakdowns, 2 tows, and a lot of patience on my part doesn't equate to a healthy driving experience.

Does this mean I will get a new car? Maybe. I don't know.

I will probably have to get one by the end of summer.

In other news, Bradford and Sheldon were patient enough to film promos today for Shikow and the new comic, "Why Do Men Do Stupid Things for Ass?"

I saw some segments and laughed the entire way. They even cast me in a bit part for the second commercial. That made me laugh too. I look like a Miami Vice football player, giving advice to young thangs. So funny. Again, I say, So funny.

I will put these up tomorrow to intrigue interest for the coming releases.

Speaking of which, there is some serious controversy over the title of the new book. It splits fifty-fifty, and with no particular gender or sexual orientation - just right down the middle.

"I can't support something with ass in the title," a colleague tells me.

I asked the marketing director of the firm upstairs what he thought, and he said, "Look man if someone can make millions selling Beanie Babies off the internet, than you really shouldn't have a problem with your title. The key is finding 5 percent of the population that you cater to, and market it to them. And I'm not into tailgating or football or anything, but I think they would think your book is right up their alley."

Now that really cracked me up. I am so opposite of the football player mentality it's funny. But I can't seem to let go of the title. It could be, "Why Do WE Do Stupid Things for Ass?" But is that as funny? Does that grab me where it counts?

What I find most interesting is that women have been the biggest fans and proponents of the comic. Why is that I wonder? I have no idea. It seems like I might be revealing some unspoken secret or something. Or maybe there's the thought that I will expose the soft underbelly of something that needs to remain hidden?

I don't really believe that. That might be the consensus though. I have no idea. What I do know is that the book is quite beautiful, and I am very excited to bring it out to all of you.

Just a couple days more and we will have some excerpts.

Maybe, a functioning car will coincide with that possibility.

See you on the flip,

Why Do Men Do Stupid Things for Ass? , a comic about dating in Hollywood, will be released on June 19th with Barnes & Noble, Books A Million, and Amazon. If there is anyone who would like a pre-copy for reviews, please let me know and I will send one to you.

Orange Lamborghini, the new record from The Slipshod Swingers will be released on July 11th. If anyone would like to review the album for your sites or zines, let me know and I will get you a copy.

It's officially summer in L.A.

Probably the hottest day yet.

I am sitting alone with a bunch of fans.

It's a good life.

This being alive thing.

Her dreams are my dreams.