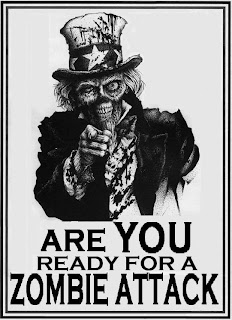 Getting ready to shoot opening to ZOMBIE BOUNTY HUNTER M.D. If there are any former AMDA students or folks in the LA area who could spend a day with us as a zombie or a couple being eaten by zombies, please message PIROOZ KALAYEH. We will be shooting in Fawnskin CA (about 2 hours away) on September 9th or 15th (TBA). We'll drive you to the shoot. It'll take a whole day. Probably leave around 11 a.m. to get there around 1 p.m. Then shoot until 7 p.m. TAKING THE FIRST 6 responders...
Posted by Pirooz M. Kalayeh at 5:19:00 PM No comments:

End of Another Korean Adventure

Today was the last day of courses for the summer term I taught in Seoul, Korea. I had some great students from all over the world. My favorite moment today was a Chinese student giving me a hug and telling me how much the theater course helped him open up and get more confident. This was a big moment in my life. Mostly because I didn't expect it.

I never know if students like the way I'm teaching or not. It's hard for me to gauge because I often push students to the limit of what they might be comfortable with doing. For example, the theater course the student was in began in complete silence, as most of the students had never performed in public, or even talked aloud--since lecture-based classrooms are more the norm outside the US. I could have done a more traditional course, but I just went with the "doing" experience. I don't really know why. I didn't even know if it would work at all.

Surprisingly, the students moved past their initial fears, did some play reading, a few acting exercises, some musical pieces, and then the floodgates started opening full force once we got to explorations in writing.

Then we come to today. The class did four performances of plays that they adapted from stories by Mallory Whitten and Brandon Scott Gorrell. The plays were loose adaptations combining some thematic elements of the pieces, but, for the most part, they were combining all they had learned about focus, spatial presentation, lighting, acting modalities, and, without knowing, creating suspense and humor. The end result was a series of unique pieces on modern technology, hopelessness, and relationships.

To add to the excitement, they then presented final projects of four different films. I was blown away by the hard work, promise, and talent a completely silent class was now exhibiting only six weeks later.

I wonder what would happen in 12 weeks.

Now I'm staring out at the night skyline in Seoul. I can see the concrete buildings with hundreds of dark windows peaking out beneath the trees in front of my balcony. I look down and see some students on a park bench in the courtyard below the dormitory. It's the smoker's spot. No one is smoking though. One of them is leaned over heavily. The other comes up. They do a half-hug, like most dudes do without getting overly weepy. I can't hear anything because I'm five stories up, but I imagine that it goes back and forth with a few quick, "Yeah, man. It was fun." And then maybe another awkward pause. Then there's the picking up of the suitcase.

I watch as one of them walks down the steps and out towards a taxi in the parking lot. The other guy is looking over still hunched over at the bench.

I look back at the skyline. It's darker now. More lights reflected in the skyscrapers. So urban and different than how I grew up.

I think about the endings in my life: Summer camp of 92'--a flash of a pond, my brother wading up to his kness. My sophomore year at University of Delaware: I wanted to stay at the Pencader dorms. I wanted life to continue the way it was. I didn't want an ending, but I knew it was there. Life would not be the same. I just knew it. I looked around to see if anyone was still hanging out. Maybe I could have one more last chat. I could keep it going. I could have another ten minutes of this. I leaned over the railing and--

The street lamps are being switched on automatically. I slide the door closed to the balcony and sit on the sofa by myself. Sogee is in a Starbucks doing her thing. I have nothing to grade or things to do. I just sit on the sofa. Then I realize it: I'm in Seoul for another BIG ending. Last time, I was ready to leave. I was excited for it. Now I know I'm saying a deeper goodbye. I'm not sure when I'll come back. I can sense that this might be the last time for a good long while. It would be nice to hold onto this feelings of loss. I enjoy feeling empty sometimes.

I sit on the sofa for an hour by myself. I fall asleep. I wake up with my hand tingling from sleeping on it in a strange position. I shower. I walk into the bedroom. I pack all my things. I turn on the air conditioner. I fill a water bottle with water. I sit on the sofa. I stand. I sit again. I think:

I head back to L.A. in a week. I'll be making some webisodes with Brad Warner, finishing a documentary, releasing these other films, and teaching some production classes at UCLA Extension and a performing arts university in Hollywood.

I wonder what this year will be like. I'm so curious.

This'll be nice to write before I die.