Loren Goodman pieces together pieces from XTC and The Bellamy Brothers for a musical collage that will delight listeners of his continuing list of Top 500 Songs. 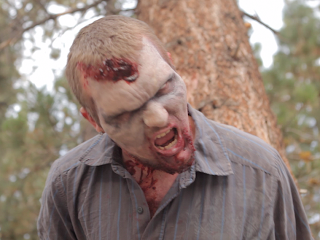 The ZOMBIE BOUNTY HUNTER M.D. shoot went well. Camera and audio were solid. We got the opening scene without any issues at all.

Mad crazy skills from Stacy A. Smith on the make-up EFX. Great zombie actors as well.

Special thanks to Camp Whittle for letting us shoot up in Big Bear.

I'll edit this first section together and have it out before Halloween. 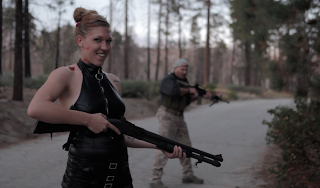 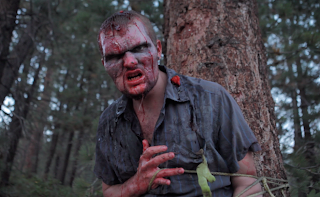 That's the gameplan. I hope all of you help fund this thing. It's going to be funny and moderately scary. I've put the logline below.

Tagline: How many hits do you need to survive? 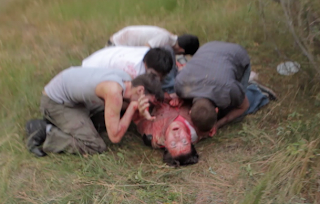 Logline: A financially struggling film company begins documenting the onset of a real zombie outbreak in Orange County. After posting the first gory attacks, they are convinced they are going to be rich megastars, but Internet commenters describe the clips as "fake" and "unrealistic." Determined to get hits by any means necessary, the production company enlists the help of a Zen priest, a soft-porn star, and a Hollywood stuntman to help them get the hits they need to survive.

Special Note for SHOPLIFTING donaters: We will be handing out incentives within the year. We're still waiting on hearing about a few more film festivals this month. An official release date will be posted on our Facebook page by November. 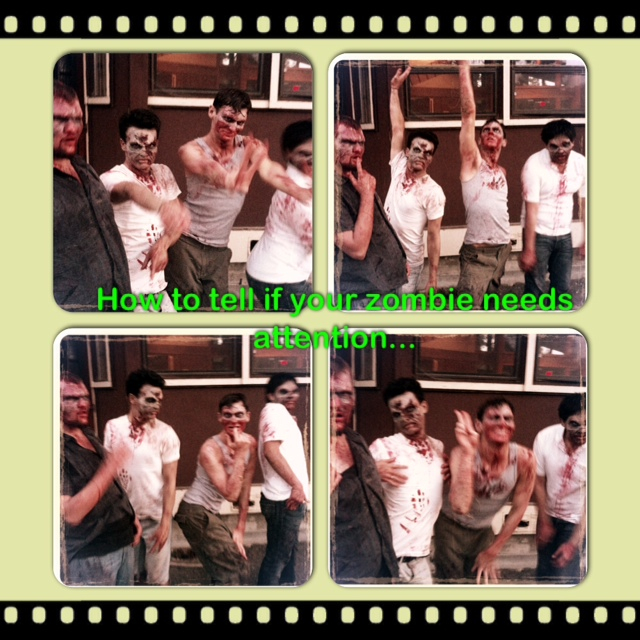