THE HUMAN WAR
We are weeks away from a final cut of the film. We have submitted works in progress to several film festivals already, including Sundance, Slamdance, and Ashland Film Festival. We will be submitting to dozens of other festivals in the coming months.
A theatrical trailer and updated Sangha Films website with relevant content will be up by the end of December. We will have two premieres for the film in Ohio and NYC in March/April. We will have exact dates as the months come closer.
BRAD WARNER: THE ENLIGHTENIZER
Things went well for our shoots for our documentary on Zen Buddhist teacher Brad Warner. We will shoot later this month in NYC. Then we'll try and do an Akron shoot in January. (Anyone want to help in Akron for the shoot?)
LATEST - Brad and I are working on 4-6 faux commercials for "Enlightenizer!" that will appear periodically throughout the documentary. We will potentially film the brunt of this in LA, but film Brad's segments as the over-the-top spiritual teacher (Gumbo Roshi style) in NYC to save on costs. Of course, we are still probably two months away from shooting the commercials. Still, we may be able to finish shooting for the doc by February.
FUTURE SHOOTS for BW:
LA - shooting B-roll of Hollywood Blvd with Josh - Nov. 30th - 9am
NYC - walk & talk; interview with Moby - Dec 17-20, 2010.
Akron, OH - Zero Defex Show and walk & talk near childhood home - TBA???
Commercials - LA ???
SHOPLIFTING & WEBSITES
Shikow Productions and iLikeNirvana Films are slowly coming to life.
Once the websites are fully complete, I will begin taking investments for Shoplifting from everyone who wants to contribute. Right now I'm just dealing with friends and donations.
Investments raised thus far: $7,800.00
Goal: $30,000.00
My guesstimate is that we will be filming in Los Angeles from June 6 - June 20th. We will have a clearer picture of exact dates by March.
Chat more after Thanksgiving!
PK
Posted by Pirooz M. Kalayeh at 10:34:00 AM No comments: 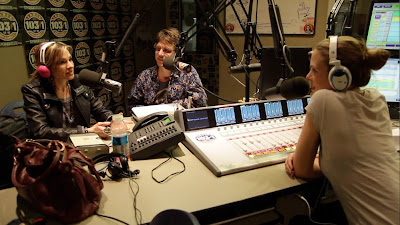 We are all done with the Hollywood shoot with Brad Warner. Last night we filmed at the Bodhi Tree Bookstore on Melrose. We got some interesting interviews and discussions about sin and Buddhism. Then we went to a taping of the Suicide Girls Radio Show. Brad, Sam, and Nicole talked about Tibetan Buddhism, sin, and Tommy Lee.

We will shoot again at the end of December or beginning of January in New York City and Akron, Ohio. Then we'll have a documentary on our hands. I'll give you more details once I figure out specific dates. Who knows? Maybe you could come help us film, or volunteer to donate to the adventure. I'll be giving more details in the coming weeks.
Posted by Pirooz M. Kalayeh at 4:53:00 PM No comments:

I wonder what Matt Lauer's intention was when he put Kanye under the coals for his past outbursts on live television. Did he think he would get more ratings? That President Bush and America would congratulate him for it? Was it a bad taco the night before? A personal vendetta?

It just seems strange to me.

I think Kanye picked the wrong venue. It would have been better to go on Oprah.

It just may have been better to not do a public interview at all.
Posted by Pirooz M. Kalayeh at 10:16:00 PM No comments: 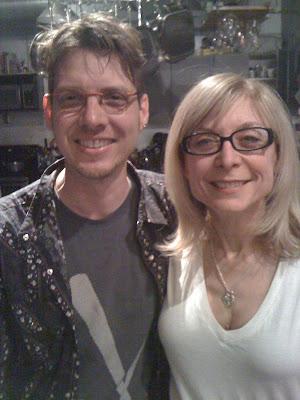 (Brad Warner & Nina Hartley on Documentary Shoot, 2010)
The documentary is going well. Brad is a real nice person. Some people have said working with a Zen master would be hard, but it's been really refreshing. I've enjoyed interviewing him on Hollywood Boulevard, and listening to him and Nina Hartley talk about Buddhism and sex.
On Sunday, we'll be filming at Bodhi Tree Bookstore on Melrose. Then we'll head out and film a radio show about sex with the Suicide Girls.
I told Brad tonight that this documentary is filled with sex.
"Yeah," Brad said.
"We're going to have to have you talk about your past a bit."
"I can do that," Brad said.
We're going to shoot another day in Hollywood. Then we'll shoot some more stuff in Manhattan and Akron. We're hoping that we can make the documentary fresh and different. There's talk of some animation, SKYPE chats, and visiting a clothing store for women where CBGB's used to be.
I'll post more later.
Posted by Pirooz M. Kalayeh at 11:02:00 PM No comments: 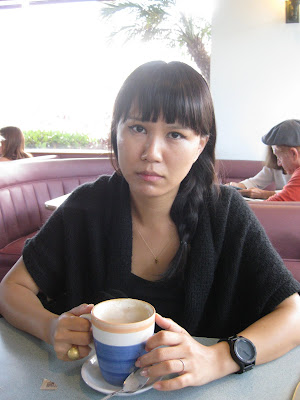 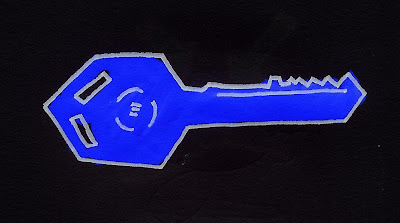 The last few weeks have definitely been busy. I am now working four jobs. It's not that bad because all of them are part time, so they equal out to me working one full time job. At least that's the way Sogee puts it.
"You are working a 9 to 5 basically," she says.
I appreciate her putting things in perspective. I would rather be working the one job though. Of course, I know that's not possible. I have to work this way to create the right amount of freedom for making and finishing the films on the horizon.
As it stands now, THE HUMAN WAR will be completed within the month. We are literally weeks away from submitting the film to get color correction and sound mastering completed. Once we get those final elements, we will be able to concentrate more fully on what festivals we'll be submitting to in the next couple months, and how we can potentially create some premieres in Ohio, NYC, and Los Angeles.
The other day when I was watching a cut with Tom, I felt overwhelmed about bringing this film into being. I think I might have even cried a little if I let myself go there.
"Looks good," I said to Tom.
"What?" Tom asked.
"The movie is looking good."
"Yeah, it's getting there."
I kept talking after that and making myself a little more overwhelmed. Then my mind wandered to the next movies on the horizon. I will be shooting footage for a documentary about Brad Warner in November and January. This will be my first time making a documentary. I am fairly nervous and not really nervous at the same time. I guess it's the rush before going to film that I'm feeling. I never know how these things will turn out. Sometimes it goes nice and easy. At other times, it can be really hectic.
I am hoping for nice and easy. I am also hoping that the progression to see SHOPLIFTING FROM AMERICAN APPAREL the movie come into being is the same way. As it stands now, I've finished the screenplay and I'm now starting to form the LLC and get investments going. I am hoping to raise between 40-50k. That would see me through filming and post-production.
We'll see if I can raise the funds for a summer shoot. In all honesty, it may take longer to raise all the money. I've got a deadline though. March 20, 2011. If I don't raise at least 25k by then, then I'll postpone filming until the winter. I'm hoping to get it all squared away now though. I think it's possible. I have friends and family. I have a good script. I will also have a couple TV stars in this film. It just might all work out. Who knows? Time will tell.
On a completely different front, I'm going to be even busier in the next couple weeks making my PhD submissions to University of Denver and USC. I will only be applying to two schools this year. Sogee is still in grad school at CalState, so that limits my mobility. I also don't have an interest in too many other schools because they simply don't have a digital media studies program that leans on creation rather than scholarship exclusively.
It looks like Denver may be able to accommodate a joint venture between the English and Media Studies program. In contrast, USC already has a media studies program that is right in line with my goals.
Ahem...goals...
As most of you know, I have been interested in combining comics, film, animation, and text into panels that would be made available as interactive web-based content or in an e-book format. By doing either of these programs, I would be able to continue to pursue my interests in technology, media, and writing. It seems like the right move forward because I'm more interested in exploring the effects of media along with the actual knowledge and creation of artistic projects simultaneously. This mode forward also allows me to continue to make films, music, artwork, and write. We'll see if I am successful with my application. I have not had much like with PhD programs in the past, but maybe USC and Denver will open their doors.
Posted by Pirooz M. Kalayeh at 6:46:00 AM No comments:

Email ThisBlogThis!Share to TwitterShare to FacebookShare to Pinterest
Labels: Film 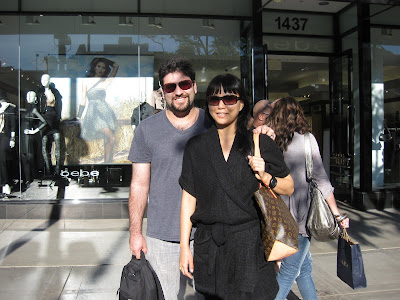 Sohee and I have spent the day walking on the Promenade. We didn't expect to wait 7 hours for the car to be ready. I looked for Elijah Wood. I couldn't find him. Sohee counted the steps she walked with her mathematical brain. 12,746.
Posted by Pirooz M. Kalayeh at 12:04:00 AM 1 comment: