Other Half Productions Sets Budget at 5.28 Million

For those of you who are ready to contribute to your first feature film, Marlowe Fawcett (Indirect Films: London & Boulder) and Thomas Henwood (Six Day Productions: New York) are teaming together to bring us a feature on fertility and love. As Fawcett has expressed in a recent letter:

"...i'm really excited about this project for a number of reasons. mainly because the script is so good - i've been working with the writers for over a year now and though i've read the script dozens of times, i still laugh and cry at all the right points. but also because it's set in boulder and is a 30-something comedy about fertility: ie. great comedy material and i don't have to leave home to shoot it! we're aiming for this to be in the genre of 'sideways' and 'little miss sunshine', taking advantage of boulder's unique characteristics: great views, sunshine and quirky politics/lifestyles..."

I was a fan of Marlowe's first film, "The Other Half," and will be sending my contribution. If there are others who are interested in helping these producers bring their vision to reality, you can contact Indirect Films via their website. And, as M., lovingly told me: 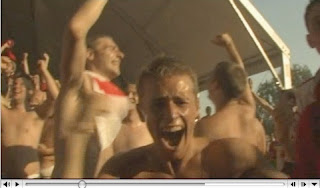 "...if [anyone] need[s] to big me up at all, check the following link for a trailer to my first feature, "the other half". it has sold over 70,000 dvd's in the UK and i'm currently working on a new soccer comedy for the UK distributor (Momentum Pictures) - this time a heist comedy!: *Trailer Link*..."

I wish these auteurs bon chance, easy shoots, and good weather!
Posted by Pirooz M. Kalayeh at 12:25:00 AM