Our Hollywood shoot is officially over. We had some great moments with our cast and crew. Here are some film stills from the last two days. 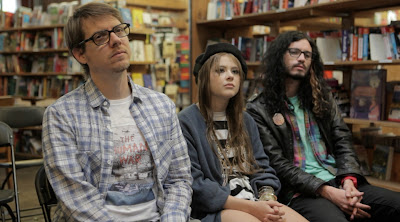 In one of the scenes in the film, we have SAM reading at Skylight Books in Los Angeles. Two fans, AUDREY and JEFFREY meet him at the reading and they go hang out afterward. Here is a shot of our actors in the audience before the reading. 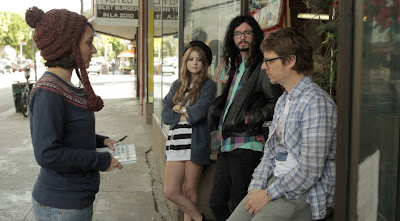 After the reading, some other fans ask for autographs. 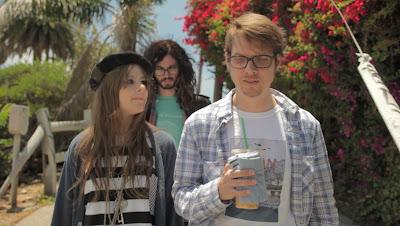 Then the three main characters walk around what is supposed to be Florida and have random conversations about STAR FUCKING HIPSTERS and what foods they like to eat. 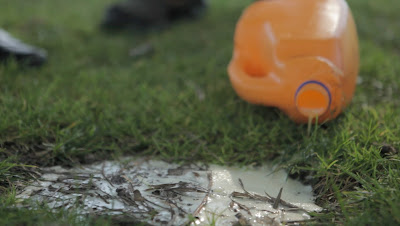 While at the park, they start throwing around an orange juice drink and it bursts after a bad throw from SAM. 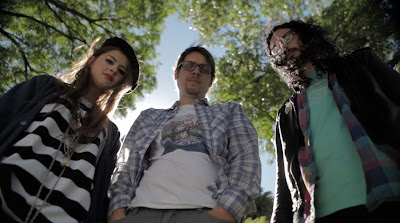 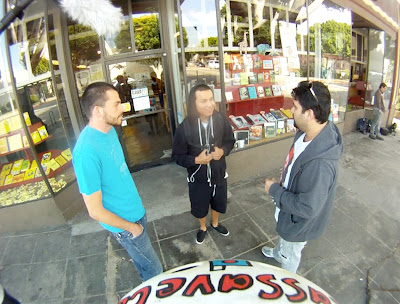 For our behind the scenes shots, we made use of the great acting pool in L.A. by asking random strangers to be in our film. Ivan Cano volunteered to help us, and provided some of the funniest scenes in the bookstore. I improvised with him about why he thought he was part of the fucked generation. 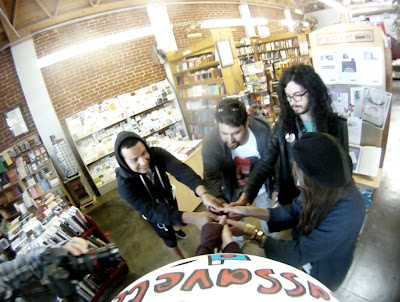 Then we all saluted his performance by doing a group hug and making our thumbs kiss. 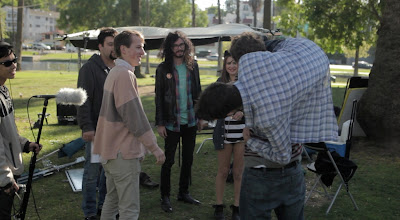 In another behind the scenes shot, Noah body slammed Jordan. I was unsure about this, but Noah said, "Come on! It'll be funny." Then he did it. I laughed for a while. 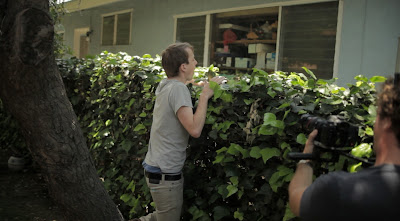 In our last day of shooting in Hollywood, James Roehl had to play both actor and associate producer, asking one of his neighbors to stop power sawing long enough to get the goodbye scene at the end of the film. 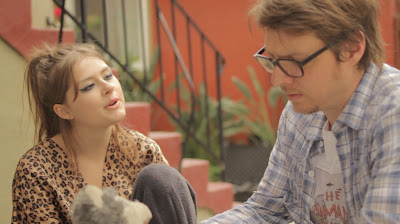 I was afraid for how everything would look. Did we get the shot? Did I do well? I'm pleased to say that everything looks great thus far. Bebe, Travis, Brad, James, and Jen did a fantastic job. I couldn't ask for a better cast or crew. We are having fun, and hopefully that shows in the film as well. Onto Ohio and NYC in two weeks.
Posted by Pirooz M. Kalayeh at 9:01:00 PM