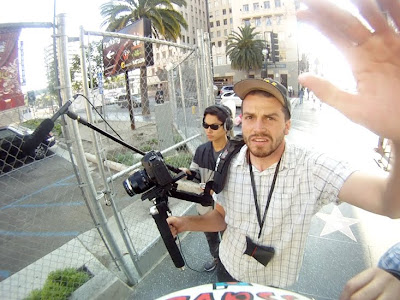 Life has been busy. We are now officially shooting the Hollywood scenes for SHOPLIFTING FROM AMERICAN APPAREL. Things have been going well. Aside from the lack of sleep from working three jobs while simultaneously making a feature, I have absolutely zero complaints. Everyone is doing an excellent job, including chicken nuggets and Hollywood Boulevard. 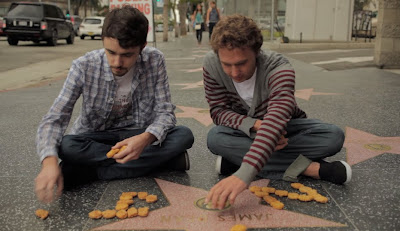 Here are Jordan Castro and Noah Cicero putting chicken nuggets on James Dean's star on Hollywood Boulevard. Believe it or not, Jordan did not know who James Dean was. Noah and I were flabbergasted. Then we quizzed him on who he did know. Apparently, Jordan knows who Tom Cruise is, but he doesn't know the guy lead in Twilight's real name. We continued to school Jordan about Hollywood stars. We decided to stick with James Dean though. Marlon Brando's star was too scuffed up. 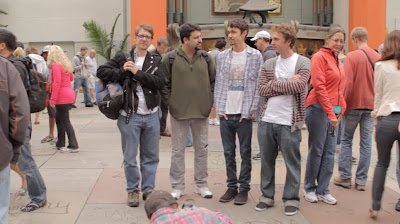 We weren't sure if we would get this shot in front of the Chinese Theater, but we did it without having any issues. In fact, we even got shots of the some of the cast putting their feet into the cement molds of C3PO, R2D2, and Darth Vader's feet. From behind, there was also an American Apparel store directly across from us. Very serendipitous. 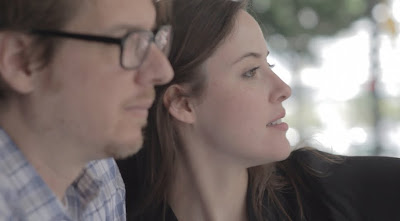 On our first day of shooting in Hollywood, Jennifer Bishop flew in from New York City to play the character of SHELLY. Jen really made everyone fall in love with her. Ahem, I mean her character. In all seriousness, these are some of my favorite scenes in the film thus far. Like the novella, we have SHELLY and SAM discuss what they would rather be, "a vacuum cleaner or suitcase?" 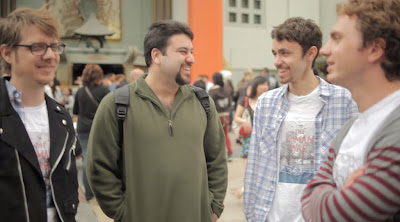 With my belly protruding with a lack of sleep and exercise, I managed to have one good shot in the film thus far - when I smile. Here we all are outside the Chinese Theater again. I believe this is when we discussed money, fame, and what Noah called, "The Society of Attention." 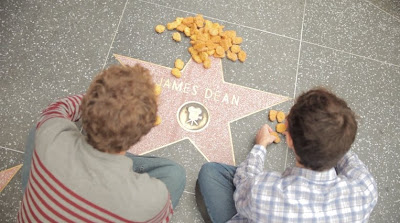 I'll post some more pics from the Hollywood shoot tomorrow if I wake up. Also, if you haven't donated to the film, or would like a tee shirt, etc., please visit our IndieGoGo campaign.

Cool Blog! (: I just started so If you don't mind checking mine out and giving me some feedback that would be great! (: