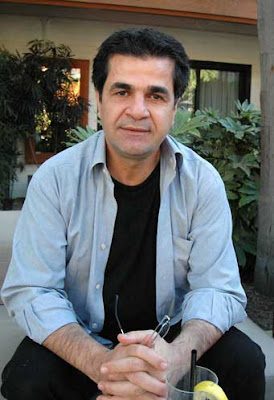 Jafar Panahi, acclaimed Iranian filmmaker, has been imprisoned by the Iranian government for the past two months. Accused of creating an "anti-state-film" (as of yet unreleased) by authorities, he has been interrogated and kept from his family and lawyer for the past two months. In an effort to make known the injustice against him, Panahi has begun a hunger strike, which he says he will continue until he is released. Other filmmakers, such as Abbas Kiorastami, have spoken in support of Panahi without avail.
Panahi's most recent letter to his family and lawyer foretell brutal conditions and an unlikely release:

“On Sunday morning, they took me to an interrogation room and accused me of filming the inside of my cell, which is absolutely false. They then threatened to arrest my entire family and transfer them to Evin Prison, and to send my daughter to an unsafe detention center in Rajaie Shahr.”

Panahi’s letter concluded, “I swear upon what I believe in, the cinema: I will not cease my hunger strike until my wishes are satisfied. My final wish is that my remains be returned to my family, so that they may bury me in the place they choose.”