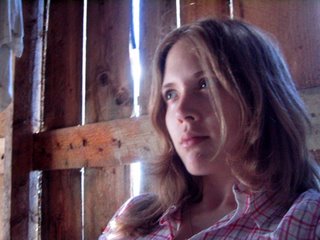 Jessica Smith has released a book of poetry, entitled Organic Furniture Cellar. It is a topography of love, loss, and renewal. Like the author, this collection invites an integrity and openness that beckons the reader to offer the same of themselves.

Recently, I asked the author what mattered most to her. She had a simple answer. I had more questions. 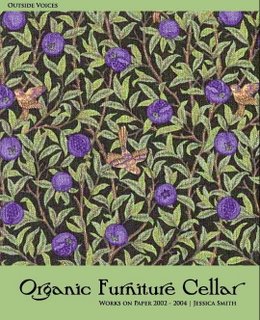 PK: What matters most to you?

PK: Do other people know this?

JS: I tend to keep pretty quiet about it. But anyone could know if they bothered to ask.

PK: Would people know it if they read your work?

JS: Oh, yes. My entire oeuvre, such as it stands, is one giant love poem. Not to only one person, but rather, an ode to Love. I'm a die-hard Romantic. You saw this silly quiz on my blog, right, "Which of the 9 muses are you?"
When I took the quiz I was Erato. 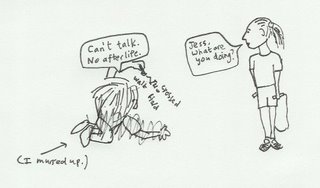 I've been giving you skimpy answers so far so I'll elaborate. I don't believe in an afterlife, so I think that we're all mortal beings. Being mortal spurs us to write about our experiences, which are also fleeting and must be recorded to be remembered. It's because we love life--even at its worst--that we affirm these experiences and want to record them, want witnesses for them. This love is a love stripped bare--the elementary tie that binds us to Life. So I write because I love life and want to celebrate it, even when it's awful. I want to celebrate the love that binds me to other mortal beings, to my past experiences, and to Life.

There are much more astute philosophical expressions of these ideas in my boyfriend's (Martin Hagglund's) essays on Chronophobia. For me it's mainly a feeling of openness. Of course, people sometimes treat me horribly and then it's hard to "love" them in a generous, Christian way. I don't really mean it like that, though. I mean that it's necessary to love others and oneself as if we were all mortal. ("Imagine there's no heaven," etc.)

It doesn't apply to just people and personal memories, either. This love,
this desire to preserve that makes me write, also makes me a vegetarian,
makes me recycle, vote Green, drive an older car that happens to get good
mileage, etc. I want to be more environmentally conscientious than I am,
but it will take some personal growth.

PK: Has there ever been a time when you believed in an afterlife?

JS: Yes. I was a good little Southern Christian girl (Methodist), went to
church at least twice a week, till I was 14 and my grandmother died. The
immediate effect was that there was no one else willing to drive me to
church Sunday mornings, since my parents are kind of anti-church (if you
live in Alabama "you're either for us or against us," "us" being the
Southern Baptists who run everything). But this was a good time to
come-of-age anyway, so I began doing that. I was confirmed in the church
when I was 12, and took it very seriously, but the same year my little
cousin died of leukemia. So that was perhaps the beginning of the end,
because it made me ask the "why does God kill children" question. I think
that was the same year I found out about the Holocaust. I remember hearing about it in the car at the gas station on the way home from school. My mom was talking about it. I was horrified. I didn't know things like that happened (and of course they happen all the time). I was just really naive and had a pleasant, even idyllic childhood. So between the Holocaust, the
research into my own religion during confirmation, my cousin's untimely death, and my grandmother's death, a lot broke down for me in a few years. I was rather depressed and isolated (because religious doubts weren't really allowed at school, where we were taught in Social Studies that although there *were* other religions, the True Religion was Southern Baptist). Luckily it was only a few months after my grandmother's death that I discovered Wordsworth and Coleridge and the concept of pantheism. Also, being one of about 3 non-Judeo-Christians in my school led to me a group of other misfits, one of whom is still among my closest friends. So the personal growth and friendships that developed from the years of religious confusion were good, although many of my worst memories from high school involve walking down the hall to cries of "devil girl," threats, and people wondering what animals I sacrificed that weekend-- just because I wasn't Christian. 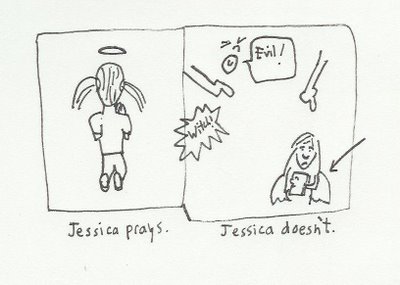 Suffice it to say I will never live in the Deep South again. Living in
Virginia is enough of a stretch for me. Many permutations of Christianity
result in hatred, war, and misery. Other religions often lead to this too.
If you believe that some people go to heaven and others go to hell, it makes for biases against one's fellow mortals. And if you believe that the world will come to an end one day (the Day of Reckoning), there's no good reason not to drive an SUV.

PK: Was that when writing began for you? When you were 14 and all these
harsh realities were thrown your way?

JS: No, no. I was writing much earlier. I started writing poems as soon as I
could write. They were generally about fantastical creatures and such, like
I read out of children's books and saw in movies (my favorites were
Labyrinth, The Wizard of Oz, The Dark Crystal, The Last Unicorn, Alice in Wonderland...). My mom read to me every night so I had a wide range of material to choose from when composing my own new stories and poems. I began writing songs, plays, and novels around age 10, and still have many of those things. Although I continued writing novels until I was 15 or so, and I still dabble in prose fiction, I decided at the ripe old age of 12 that I 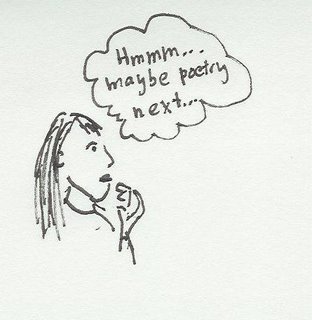 had conquered all forms of writing except poetry and that my major energies would focus on that genre. I have yet to "conquer" poetry (or any other genre); it continues to be the most challenging genre for me.

I didn't really write about the things I just spoke of, at least not in poetic form. I've kept a diary since I was 8 or so, and as I said, also wrote prose fiction. Those were the genres I used for exploring the pains of high school and such. After 1992 my poetry deals almost exclusively with_autobiographical sketches of love and being-in-the-world. Not that most of the work from my high school years is as adroit as all that! But that's what I'm going for, that's what I've been going for.

So maybe the answer is sort of yes. Because although I wrote before that I didn't love before that. Perhaps I didn't understand that I loved before the people I loved began to be stripped away from me. This was probably made more complex by two things. First, my dog Duchess died around the same time. And second, my first lover, who I met when we were 14, lost his mother to breast cancer a few months before I met him. She was always on his mind and consequently often on mine. This caused a lot of problems in our relationship because he became more and more Christian in an effort to keep his mother, where I became less and less Christian in despair at not being able to keep my loved ones. The interpersonal tension between us, related to these matters, was the impetus for a lot of the poetry I wrote in junior high. 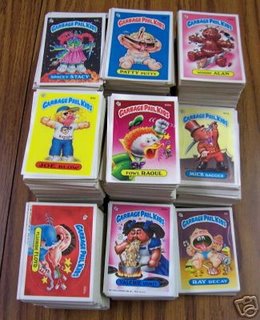 PK: I love The Last Unicorn too. There was something special about it. That whole time period of Junior High: yellow hallways, Garbage Pail Kids, gym, Salt N Peppa, gym dances, so yummy.

Now you say you have made poetry from that time period, but have you ever written poems that captured the voice of that 14 year old?

JS: Ha-- Junior Highs. I guess they're pretty much all the same (at least in the US). No, I haven't tried to recapture my 14-year-old voice. I think my 14-yr-old self spoke pretty well for herself. Now the goal is to capture the 26-year-old before she, too, fades away. 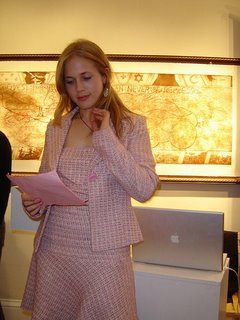 Jessica Smith was raised in Birmingham, Alabama. She received her B.A. and M.A. in Comparative Literature from SUNY Buffalo, where she started the poetry magazine name. She is currently a Ph.D. candidate in English at The University of Virginia. Her first book, Organic Furniture Cellar, is just out from Outside Voices.
Posted by Pirooz M. Kalayeh at 10:22:00 PM

Thanks for this. I hope to get a copy of her collection of poems. :)

in : poemspedia.com
More than 5000 Love Poems in a very user friendly interface with little ads

in : poemspedia.com
More than 5000 Love Poems in a very user friendly interface with little ads